The last paediatrician of Aleppo

TABIB shows us the last minutes of life of the paediatrician Mohammed Wasim, the chaos and desperation of doctors and nurses due to the bombing alarm in the Al Quds Hospital (Aleppo, Syria).

Despite the general hysteria, Mohammed doesn’t run, he walks securely towards a door. He steps into a operating room, where there are only two nurses and one little 9 years old kid, lying with a serious injury next to his hearth. Kid’s life is in danger and Mohammed will risks everything to try to save him. 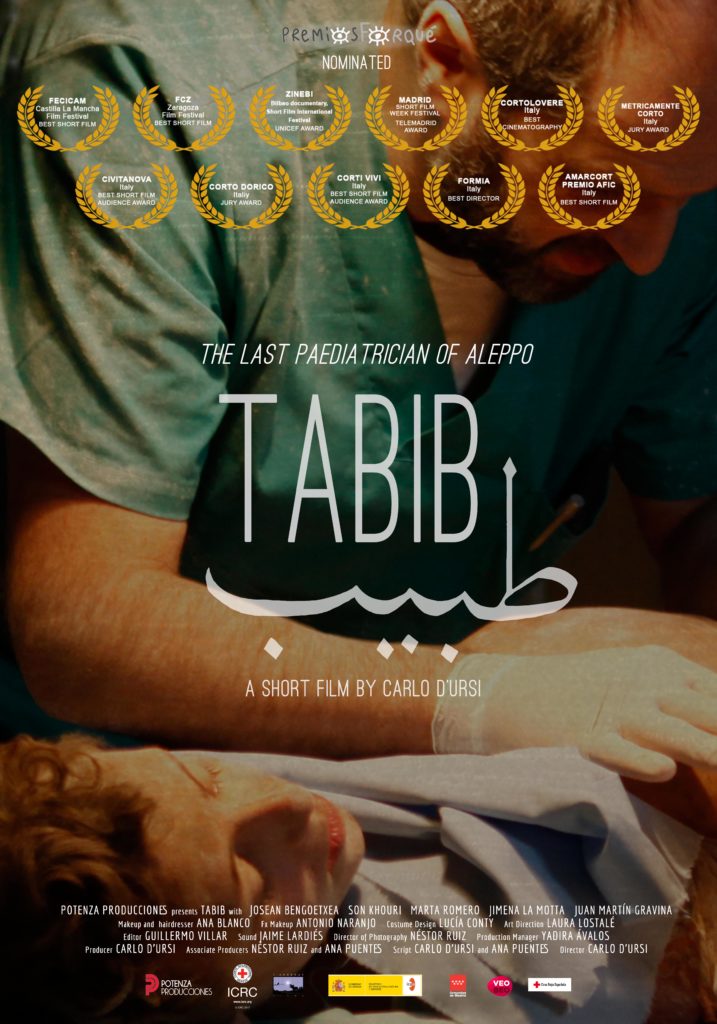